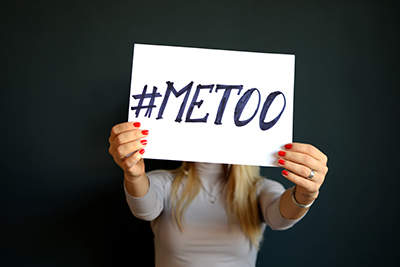 On October 5 2017, the New York Times published an article detailing serious sexual harassment allegations against famous Hollywood producer Harvey Weinstein.[1]  Three days later, his company’s Board of Directors terminated his employment effective immediately.[2] In this context, actress Alyssa Milano took to Twitter, encouraging all women who have been sexually harassed or assaulted to change their status to “Me Too” (a hashtag originally coined by activist Tarana Burke) in order to give people a sense of the magnitude of the problem.[3]  Since then, “Me Too” hashtags spread virally across the world’s social media accounts, having reportedly been posted or commented on millions of times.[4] The women who came forward about sexual harassment allegations were referred to as “silence breakers”, and Time Magazine named these “silence breakers” its “2017 Person of the Year”.[5]  This movement led to an outpouring of new allegations against various male celebrities and public figures on an ongoing basis.  What followed was the rapid downfall of many of those accused, leading to prompt resignations and terminations from their respective roles.

Meanwhile in Canada, two high profile politicians recently resigned promptly after public allegations of sexual harassment and/or misconduct were made.  Amidst the #metoo movement, the Toronto Rape Crisis Centre reported an increase in calls.[6] It appears many employers experienced a similar spike in sexual harassment related complaints, likely due to heightened awareness of the issues and women encouraged to speak out by those who already had. Workplace sexual harassment is a complicated subject.  It involves far more than inappropriate comments or unwanted sexual advances. Sometimes consensual relationships can be considered sexual harassment when a significant power imbalance exists. Consensual relationships gone sour can turn into sexual harassment if reprisals or unwanted advances occur after the relationship ends.  Joking co-workers and jock culture may create a toxic working environment for those exposed to it.  Complainants may not wish to come forward due to fear of losing their jobs.  Not all complaints are meritorious, leaving some respondents wrongly accused, stigmatized and/or wrongfully dismissed.  When receiving a sexual harassment complaint, employers have an obligation to inquire most often by way of an investigation.  Third-party or external investigators may be most appropriate in sensitive situations. Given the complexity of sexual harassment issues, findings and fault may not always be clear cut. In some cases, employers should terminate the respondent.  In other cases, substantiated findings may not warrant termination, but instead discipline and training. The workplace culture must be considered and may require change, and every circumstance must be considered based on its own facts.

The #metoo movement has empowered many women who were the victims of unjust behaviour to come forward, although the movement has its own inequities by persecuting and often impacting the livelihood of the accused without due process, or any process whatsoever.  The court of public opinion quickly makes judgment, but employers should not do the same. Due process is important for all parties, as an employer has an obligation to all of its employees, both in terms of maintaining a safe workplace for all, and in terms of not summarily dismissing someone simply because an allegation is made. This article will explore the complex considerations regarding sexual harassment in Canadian workplaces, consider the roles and obligations of all parties involved, and review the importance of investigations and due process in relation to workplace sexual harassment complaints.