The Peer Circle: Holistic Surgery for the Infected Workplace 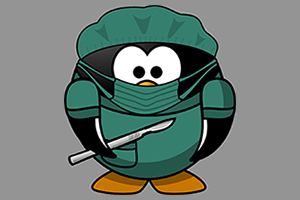 Jean passed the talking piece to Kimberly. You could see her shoulders straighten, a deep intake of breath, a glance around the circle of her assembled colleagues. She was steeling herself to say what was difficult but necessary. Kimberly explained that, for her, the constant putting down of customers and negativity around workplace conditions was unacceptable and made it difficult to enjoy and take pride in her work. She asked that the team demonstrate professionalism toward clients and respect the fact that everyone ought to be able to come to work and expect a reasonably supportive environment.

Kimberly spoke to the middle of the Circle; a message not “pointed at” anyone but offered as her honest experience and request. As the talking piece moved around the room people, contributed their thoughts. Jim said that, while he appreciated Kimberly’s point of view, he felt that there were legitimate concerns about how the workplace was being managed and about the tools that were being provided to do the work. It was important to him that he be able to criticize some of the choices being made without being labeled a malcontent.

Protracted group conflict within a workplace is among the more daunting challenges that HR and conflict management professionals face. A peer or corporate circle is a creative response to conflicts that are driven largely by historic relationship and values differences. In this instance, the work group had a long history of conflict that was multiply determined. A number of conventional approaches had been employed with limited success.

Our firm was brought in to consult around an “out of the box” approach. We recommended a peer circle be convened based on the following observations:

Two facilitators (Heather Swartz and I) interviewed each of the 25 staff, supervisors, and manager over the course of two days. From these interviews, we mapped out alliances and conflict contribution systems. Using this data and our impressions of participants’ communication skills and preparedness to take a stake in the outcome, we designed two Peer Circles that were to run for six hours on two consecutive days. We used the day between the interviews and the Circle sessions to determine the seating plans for each of the circles and design the room where the meetings were to be held.

The considerations that went into the seating plan were to:

The union — one of the larger ones within the transportation industry — shared management’s concerns about this workplace and was committed to working with them toward an improved environment. The facilitators briefed the Regional Representative about the process and invited him to participate. Because the process was a novel one for this organization, head office sent a senior human resources consultant to the session to participate.

The Circle was designed with facilitators occupying the 12 and 6 o’clock positions and the union representative and HR manager occupying the 3 and 9 o’clock positions. This meant that the conversation could not get too far off track before either the facilitators or HR or union representative had an opportunity to reframe or reorient conversation.

The facilitator located at 12 o’clock was the Host and assumed primary responsibility for the substantive agenda in the form of provocative questions. The Host could modify the questions, skip questions, or introduce new questions as he saw fit based upon where the conversation has been going and the group’s progress in dealing with the issues identified through the interview process.

The 6 o’clock facilitator, called the Guardian, had primary responsibility for the unfolding of the process and managing any impasses or key learnings that were achieved. Guardian used a bell, which she would sound if she wanted something to “sink in” or if things became very emotional, and she wanted to give people an opportunity to reflect before responding. Anyone within the circle could ask for the bell to be sounded; one of the ground rules was that when the bell sounded, there would be 20 seconds of silence observed.

The Host introduced the Circle process and suggested some ground-rules, adding any that the group wishes. He then opened the circle with an invocation (in this instance, a recorded piece of music). The first question was voiced and the talking piece was passed to one of those sitting next to the Host. Each person was asked to address the question. One was allowed to “pass” on occasion but everyone was encouraged to share their thoughts with the group at least every second time the piece came around. While someone held the talking piece, no one else spoke. This ensured that group members would all have a voice and that issues would be explored rather than debated within the circle.

Early on, the questions and the discussion generated was more at the surface level. As the group became more comfortable with itself, people began to share at a deeper level, and the questions encouraged this. From time to time, people within the circle chose to acknowledge the wisdom or courage that someone demonstrated by what they said. Some asked questions of the group to move the action forward or bring it back to an area that was not explored sufficiently.

The facilitators occasionally took the opportunity to offer the group a story from their experience or a piece of learning that they picked up along the way. Others did the same. The Host or the Guardian took the opportunity to sum up or reframe a comment to either achieving closure on a topic or moving forward the action. Refreshment breaks were provided every 90 minutes or so.

At a certain point, the group demonstrated that it arrived at a degree of consensus. At this point, one of the facilitators framed a decision ask the group if it was ready to move on. A straw poll was taken, and more discussion took place when necessary.

Generally, the process can run anywhere from a few hours to a day or more. In this instance, because it was a 24 / 7 operation, each session ran for about six hours, excluding lunch and breaks.

The process described above was the first in a series. It is a work in progress. A second Circle usually takes place 90 days or so after the first. The manager involved described the impact this way:

One of the biggest improvements is that the quieter staff members are speaking out now. Some employees have embraced the Circle Workshop experience and have followed through on their commitment. But some have not.

A follow-up session is critical…In my honest opinion, there are still a lot of issues between some staff that need to be resolved. In the first session, we only touched the first layer of the cake. I know the objective of the workshop is not to point figures or alienate someone, but people need to be honest if we want to move forward.

The union representative offered this:

I firmly believe the exercise has value and consider the services [of the facilitators] to be to the point and professional. I look forward to round 2 when a review of the impact of the first exercise is fully evaluated and measured.

The workplace is still having trouble. Factions remain. A number of those who were identified by management as disaffected decided to absent themselves from the process. There has been limited or no uptake among them.

It will take a determined effort by management and those who made commitments within the Circle to see the workplace renewed. We expect that, during the subsequent Circle(s), there will be more conversations that are difficult, with the need to confront differences in values and communication styles. The cooperative spirit evident during the circle may or may not take root.

There is now a very clear mandate provided to management by those in attendance that is supportive of more accountability for people’s communications and actions toward one another. The “silent majority” is speaking up more often for what they want and are being supportive of one another. Some of the worst behaviours have stopped or occur less frequently.

Some staff members are struggling with bullying behaviour and petty harassment that is difficult to “pin on” any one person. People are paying a price for the kind of change they want and it is not always pretty to watch. As with any change, there is a period when those who are invested in the status quo will fight to protect it. The Circle made this struggle overt and the conversation about it explicit.

To draw a comparison with a famous scientific experiment involving frogs and hot water, those “in the soup” are now aware of the temperature of the water and are making an effort to moderate the environment so that it can continue to sustain life and provide a degree of satisfaction for everyone. The story continues.

Rick Russell has been working full time in the dispute resolution field for 23 years, first as the Ombudsman to McMaster University in Hamilton, then as a commercial mediator. In 1993, he co-founded Agree, a full service conflict management firm. Rick has a busy mediation and facilitation practice specializing in commercial, construction and workplace issues, as well as conflict management training, arbitration and partnering. He also works frequently in the area of workplace investigation and fact-finding, workplace assessment and restoration, conflict coaching and advanced conflict management training. Rick serves on the faculty of highly regarded programs at both University of Waterloo’s Conrad Grebel University College and Queen’s University’s Industrial Relations Centre (IRC). Rick has held leadership positions at the Ontario Bar Association ADR Section, and at the ADR Institute of Ontario. Rick’s speaking, training and facilitation practice includes international engagements in the USA, Barbados and Ethiopia. A graduate of McMaster University (History) and the University of Western Ontario’s Faculty of Law, Rick is an avid hiker, canoeist, nature photographer and writer. He lives in Dundas, Ontario with his wife Margaret and their four sons.