The Myth of Body Language as a Credibility Assessor 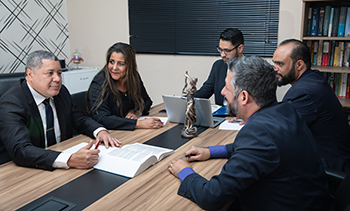 Workplace investigators and human resource professionals should be cautious of relying on the body language of a witness to evaluate their credibility during an investigation.

Fact-finding investigations, especially in cases of harassment, at times turn into an evaluation of one person’s version of events versus another’s, or as some call it, the “he said, she said” dilemma. In these cases, assessing the credibility of the two parties may be the easiest way the investigator can come to any defensible determination relative to credibility. When making a judgement on credibility, evaluating a person’s body language can be tempting and is often supported by many human resource professionals and workplace investigators in Canada. However, the empirical research shows that relying on body language is not a helpful method for evaluating credibility.

To clarify, body language, in the context of this article, includes both verbal cues (speech hesitations, stuttering, voice pitch, and inflections) and non-verbal cues (no eye contact or eye movement in certain directions, fidgeting, and overall nervousness).

What does the research say?

Body language is often referred to in investigation reports when credibility is being determined by the investigator. However, the link between honesty/dishonesty and body language is tenuous. Meta-analyses and experimental studies in the field of deception detection found that neither verbal nor non-verbal cues act as reliable predictors of deception. In other words, there is no conclusive evidence to warrant investigators relying on body language when making judgements on a person’s credibility.

Specifically, Bond and DePaulo (2006) conducted a meta-analysis regarding body language as a predictor of deceitful behaviour and found no relation between the two. In a separate meta-analysis conducted by Sporer and Schwandt (2007), twelve observable behaviours, including eye blinking, gaze aversion, postural shifts, hand movements, etc., were reviewed, and none were found to be correlated with deception. Three additional studies conducted by Wiseman et al. (2012) evaluated whether eye movement is a useful predictor of lying, with all three concluding it was not a useful predictor at all.

Lastly, in the book Talking to Strangers (2019), author Malcolm Gladwell concludes we are not skilled at “reading” others. He quotes a study based on over 550,000 arraignment hearings in New York City between 2008 and 2013. Of these 550,000 hearings, New York City judges released slightly more than 400,000 defendants on bail. A computer program released 400,000 defendants based on the same information that the judges had, including the defendant’s record, age, and what happened the last time the defendant was released. This study pitted man against machine – who would make the better decisions?

Interestingly, the defendants that the computer released were 25% less likely to commit another criminal offense while on bail than those actually released by the judges. The one difference was the judges saw the defendants and factored their impression of the defendants into their decision making. This result is significant and further supports the conclusion that we lack the skills necessary to accurately “read” another person’s body language.

The above studies indicate that body language is not a reliable predictor of honesty/ dishonesty and cannot be relied on to determine the credibility of a witness in a workplace investigation. Non-verbal cues such as eye contact, foot movement, and fidgeting and verbal cues such as speech errors and longer response times do not hold up as indicators of deception.

Why is this research important?

Research shows that relying on body language to assess credibility can be a flawed approach and that body language provides no greater predictive power of honesty/dishonesty than chance. When interviewing a person whose body language suggests that they are being dishonest, ask yourself, where is that assumption coming from? Is dishonesty the best explanation for their behaviour or are other factors at play?

There can be many reasons for certain body language to appear from a witness during a workplace investigation, but why does it appear? Most Canadians will not be involved in a workplace investigation during the course of their careers. When someone finds themselves involved in one, it is only natural for them to be nervous or fearful of the process. This anxiety about the investigative process may explain why some witnesses may appear less than truthful to the investigator when what they actually are is nervous.

It is tempting to believe we can tell when someone is not being honest. We sometimes infer the dissonance in their mind must be somehow reflected in their body. The reality is simpler yet more inconvenient: It is difficult to determine what other people are thinking, and there is little we can do to change this. Workplace investigators are, therefore, charged with sorting through the ambiguity to come to a well-reasoned assessment of the facts.

Relying on an evidence-based practice is paramount to building defensible conclusions. For reliable predictors of honesty/dishonesty, look to more concrete factors such as the following:

Determining the Plausibility of the Witness’s Story
Does the version of events offered by the witness make sense? Does the story “hang together” given the circumstances surrounding the event that they describe? Is the story consistent with what a reasonable person would see as normal in that situation?

What is the Past Record of the Witness?
Reviewing the past record of a witness can be a helpful way to assess the possibility that the witness may attempt to mislead the investigator. This may include reviewing the witness’s disciplinary record for situations where their credibility may have been called into question.

In the final analysis, the evidence is clear – we must not rely on body language to assess credibility. Rather, workplace investigators must be diligent and earnest in relying on facts over feelings, beware of our biases, and to be ready to challenge our assumptions about people.

Devan J. Corrigan is the Founder and Principal of Corrigan HR Consulting which provides consultancy services in the area of human resources and labour relations. He is often called upon to conduct workplace investigations in both the provincial and federal jurisdictions. Devan holds an Honours degree in Psychology from Saint Mary’s University and a Master of Industrial Relations from Queen’s University.

Gladwell, M. (2019). Talking to strangers: What we should know about the people we don’t know. Little, Brown and Company.Sporer,