The Future of Labour 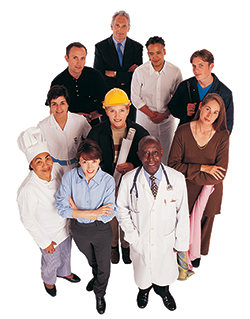 The labour movement in Canada has a long and proud history of success and positive community involvement. Throughout the years however, union membership levels across North America have been on a steady decline.  Many would argue the decline in the ranks of unions is attributed to stronger labour laws protecting workers, less interest by the young workers entering the workforce and a more transient workforce demanding flexibility and merit over seniority. These arguments, although attractive on the surface, are easily discredited with a minimal amount of research and thought.  Some would argue that legislation is in place to protect workers’ rights. However, the legislation traditionally provides basic minimums in employment.  Like any piece of legislation, the rights an employee enjoys and relies on can be taken away with the stroke of a pen. ‎Corporate lobbying has taken a toll on legislation designed to protect workers, leaving gaps and holes making the legislation toothless when enforcement is required. Unions are still needed to protect workers, and they are an important part of the future of labour. There are still many workers who work in less than ideal conditions. But like any other organization, unions need to change and adapt to the changing world.

Currently, fast food workers across the United States are engaging in a sort of wildcat strikes to demand a living wage of $15 per hour. These workers are subjected to minimal compensation rates, little to no benefits or pensions and unstructured and unreliable scheduling, all while reading about record corporate profits and CEO’s making anywhere from $7 million to $22 million a year. In the past, these workers normally would have organized and formed a union within their workplace in an effort to have a voice in their working conditions. However, they chose not to take that path. Not because they didn’t want to form a union, but because forming a union has become too cumbersome and formalized through legislation and litigation in the U.S. These workers decided not to take the traditional path of unionization to demand better working conditions, and instead they chose the grass roots path to withhold labour in return for better wages.

This sort of guerrilla tactic is impossible for the corporation to control, or even predict and anticipate. There is no organization behind the movement to sue or pressure, there are no court injunctions to be issued and no organizations funding or coordinating the action. In short, the anti-union legislation has done what it was drafted to do: frustrate union organizing activity to a standstill. However, this type of grass roots, guerrilla mobilization is one of the unintended consequences of anti-union legislation. As these movements become more active and start to become more structured, unions will assist and guide these newly formed “unions”, however, it will be up to the workers if they accept the assistance and support of organized labour.

Locally, there has been a movement to dismantle the Rand Formula in some jurisdictions in Canada. By removing the Rand Formula, members would no longer be required to pay union dues while still enjoying the benefits of union representation and the benefits of the collective agreement.  With the spread of “right-to–work” legislation being passed in a majority of states in the U.S., including the labour stronghold of Michigan, many pundits claim that to remain competitive similar laws should be adopted in Ontario. Typically, right-to-work states boast that low unionization rates encourage and entice corporations to relocate their facilities to that jurisdiction. Lafer and Allegretto (2011) stated, “right to work laws have not succeeded in boosting employment growth in the states that have adopted them.” (p. 2). This is simply a ploy to gain public support in an underhanded move to financially cripple unions and prevent them from providing representation to the membership.

Another issue plaguing todays’ workers is the increased use of agency workers or temps. Temporary workers, better known as agency workers, are becoming the trend and the norm in Canadian workplaces. Precarious jobs and low wages are not only a plague to the current workforce, but also to generations of young workers to come. The Globe and Mail reported that, “the number of temporary workers in Canada hit a record two million last year, according to Statistics Canada. This amounts to 13.6% of the workforce compared with 11.3% in 1997.” (Grant, 2011, para. 1).

When a workplace makes the decision to use agency workers to fill permanent vacancies, two outcomes can be expected. First, the agency workers usually have a lower rate of pay and normally have no benefit coverage. Currently, there are no laws in place that prevent an employer from treating an agency worker differently than a regular employee. The Employment Standards Act offers little protection to these workers.

Second, unions struggle with organizing workplaces that are virtually employee-less but have a workforce comprised of workers from multiple temp agencies. These workers do not oppose union certification, on the contrary however, the complex system of agencies in the workplace makes certification nearly impossible. If a worker complains publically, termination is likely the result. At least one employer is facing legal action for firing an agency worker for expressing his unfortunate employment circumstances. Angel Reyes filed a lawsuit for wrongful dismissal after he was terminated for speaking out. Through a workers action center, Angel hopes to bring a voice to agency workers in Ontario (Workers Action Centre, 2015) and stated, “I hope that through this lawsuit United Staffing Services and Canada Fibres will finally be punished for the way they treat workers.”(para. 2).  Ironically, in an interview with the Toronto Star (Mojtehedzadeh, 2015) Angel stated, “the biggest issue is the lack of respect and dignity in (temporary) work. Nobody is seeing them for who they are and the work that they’re doing. They are completely invisible.”(para. 5). This type of precarious employment combined with an unstable relationship with the employer puts a chill on union organizing before it even begins.

Labour unions are facing a challenging time. Doorey (2013) stated, “polls of workers in Canada and the U.S. demonstrate clearly that many, many more workers would like to be unionized than actually are.” (para. 9). However, despite the fact that workers are increasingly interested in forming a union in their workplace, this is becoming more difficult to achieve. As illustrated with the U.S. fast food employees, workers are resorting to more non-traditional approaches such as self-organizing and withholding labour. Workers are accessing worker action centers for assistance with employment related issues, a job that until recently unions held. Unions have adapted to change over the years and today’s problems will be met with creative solutions. One thing is clear now more than ever – unions must be involved in politics to ensure legislation is current and effective. It has become clear that labour unions are one of the last structured pillars supporting fairness and equality in the workplace. The task at hand is to ensure fences are not erected around the pillars that prevent workers from accessing union representation.

Internally, unions are returning to their roots.  Community Action Networks (CAN) are a renewed vision of solidarity and community activism. They are responsible for raising the profile of labour unions within our communities. ‎The CANs attend community events to profile the union and the work it does through collective bargaining and organizing. They are also responsible for establishing a network that labour and community activists can access. By bridging this gap, labour and community groups can consolidate their efforts to become more effective and efficient in their approach to influence change. This is important because change motivates and encourages participation and CANs are effective at building strong and sustainable relationships that produce results.

The labour movement’s success and rapid growth, that occurred in the 1930’s when labour unions were mobilizing in record numbers, offered hope, vision and a better way through collective bargaining and collective action.

Today, labour unions need to look at mobilizing their current membership, re-engaging with their existing members, and building the sense of community that working people are looking for. The past holds the key to the future success of the labour movement. It is up to the current leadership and the future leadership of the labour movement to go back to the future, build on past successes and create opportunity for innovative ideas to grow and evolve. Social media and ‘hacktavisim’ should not be a substitute for direct face-to-face contact with the members. As seen in the recent provincial and federal elections, labour unions are mobilizing their membership to exercise their collective voice in support of worker friendly legislation and forming lines at the ballot box to force change that better represents workers interests. Workers are realizing that voting for candidates that push an agenda that does not meet the needs of the working class, is in essence voting against their own interests. Member mobilization is the first step to reengaging the membership and reinvigorating the membership.

Derik McArthur began his career with the Retail, Wholesale and Department Store Union (RWDSU) after graduation from Confederation College with dual diplomas in Human Resources and Human Resources Management.  In 2005, he was elected as president, RWDSU Canada, and as RWDSU International Vice-President/Canadian director. The following year, he was elected to international Vice-President of the United Food and Commercial Workers International Union (UFCW) – a union that represents 1.4 million members in North America. In 2012, Derik lead RWDSU Canada, the Northern Joint Council and the 11 RWDSU locals in a merger with UFCW local 175 & 633 creating UFCW’s largest local union in North America, boasting a membership of over 74,000 members. Derik is now a director with UFCW local 175 & 633 based in Mississauga, Ontario.  Derik holds a BA in Justice Studies and an MA in Interdisciplinary Studies from Royal Roads University. In his spare time Derik is an active member of the Canadian Forces Army reserve.

PrevPreviousThere is No Cookie Cutter Approach to Labour Relations
NextInvisible Barriers: Accommodating Mental Illness in the WorkplaceNext
Scroll to Top