The Coaching ‘Explosion’: Exploring the Growing Field of Coaching, and the Value it Brings to HR 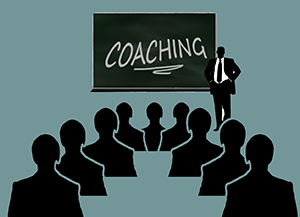 Have you ever wondered why the field of coaching is growing so fast? Although it has been around for ages, it is currently enjoying a worldwide surge in popularity, on both the professional and personal fronts. So how do we explain this sudden craze?

The value of coaching has never been in doubt as, over the centuries, it has more than proven itself. The difference is that now, more people “get it” and understand how to use it effectively.

Coaching has always been a cornerstone of development, when seeking to turn novices into qualified practitioners. One such system is apprenticeship, first developed in the Middle Ages: “A master craftsman was entitled to employ young people as an inexpensive form of labour, in exchange for providing food, lodging and formal training in the craft. Most apprentices aspired to becoming master craftsmen on completion of their contract (usually a term of seven years), but a significant proportion would never acquire their own workshop.”1

The objective was, not only to transfer knowledge, but to enhance know-how (requiring extensive practice), and sharpen judgment (requiring judicious coaching). For instance, chefs need not only to know a recipe; they must be able to successfully make it, so that it turns out perfect… every time. This implies in-depth knowledge of ingredients’ properties, and mastery of cooking techniques.

Although the apprenticeship system started in trades, it is also used in credentialed professions, such as accounting, law, medicine, and dentistry, where students complete internships to ensure their proficiency in execution.

Today, coaching is not limited to trades and certified professions. It is widely used in workplaces, as employers appreciate its value for development, performance improvement, career progression, and transition support. However, this wasn’t always the case: initially, coaching was unfortunately used for remedial purposes, the last stop before termination for poor performers. As a result, it got a bad reputation, as did the coaches. Fortunately, the marketplace now understands that coaching is not a magical “quick fix”, but a partnership for growth, which requires time and commitment from all parties.

Likewise, the number of individuals hiring personal coaches has skyrocketed, making it a common practice. People find coaching helps them reach their goals, improve themselves, achieve greater fulfillment, and enhance their creativity.

To summarize, coaching is all about optimizing the two Ps: Performance and Potential, a satisfying and worthwhile endeavour for individuals and for organizations.

The English term coach refers to a medium of transport, such as a carriage. The practice of using the term coaching to mean an instructor or trainer arose around 1830 in Oxford University to refer to a tutor who carries a student through an exam.2 Coaching thus describes the process to “transport people from where they are, to where they want to be”.3 The first use of the term in relation to sports came in 1861.4

Coaching is now a way of life in sports and arts, where success primarily depends on how talent performs. As a result, athletes and artists benefit from considerable coaching in order to reach their full potential. Athletes might be coached by nutritionists, sports psychologists and fitness trainers; and actors, by vocal, movement and dialect coaches. For example, a gifted tennis player like Eugénie Bouchard received more attention, and at an earlier age than others less gifted.5

The greater the talent, the more focus it gets. It’s not about compensating for deficiencies, but achieving mastery. For instance, when Benedict Cumberbatch was a boy, his drama teacher, Martin Tyrell, called him “the best schoolboy actor he had ever worked with.”6 During his formative years, Benedict’s extraordinary talent received special attention from the UK’s acting development system, eventually turning him into the best actor of his generation.7

Unfortunately, this talent/focus principle is not as well understood in other sectors, where the emphasis is often on improving poor performers, which is a frustrating endeavour for all involved.

American educational psychologist Donald Clifton conducted several studies of top performers beginning in the 1960s. He observed that “people with strong talent in a specific activity can quickly achieve the equivalent of 7/10 performance. They can then build on these strengths to embark on the exponential climb to reaching 10/10”.8

As a result, he challenged the deficit model of development which paid lip service to people’s strengths, focusing instead on deficiencies. Clifton came to the following conclusions:

This led to the world-renowned Strengths Finder10 system, based on this simple approach:

Identifying talent and investing in its development will result in building a solid strength which will lead to consistent performance. Think Sidney Crosby!!! Coaching works best when developing talent and potential, but not so well when compensating for deficiencies, although it does help.

Not surprisingly, the field of coaching exploded once this connection became explicit. Therefore, coaching’s expansion is firmly anchored in the “early 1970s Human Potential Movement,11 based on cultivating extraordinary potential which lies largely untapped in most people. Fully actualized potential enables individuals, not only to experience an exceptional quality life, but to make important contributions, assisting others and society to release their own potential. Since the mid-1990s, coaching has developed into an independent discipline. Professional Associations such as The International Coach Federation12 in North America, and The European Coaching and Mentoring Council13 have established credentialing standards.”14

HR Professionals have been coaching, formally or informally, since the dawn of the profession. Today, coaching is increasingly viewed as a desirable HR skill set for several reasons:

Other factors contribute to fueling the coaching “burning platform” in the workplace:

HR Professionals are pivotal in making coaching a way of life and a culture in their organizations, to increase agility, innovation, resilience and success.

Here is some food for thought from Brainy Quote:18

Queen’s IRC has introduced a Coaching Skills program, which offers hands-on learning opportunities to develop and implement coaching skills for a range of situations in the workplace. Participants will explore several methodologies and their impact, and learn how to apply proven models to facilitate conversation and improve performance at all organizational levels.

Françoise Morissette has been a facilitator at Queen’s IRC since 1994, and was made a Fellow in 2006. She played a key role in developing and implementing the Queen’s IRC’s Organizational Development curriculum intended for OD practitioners, and teaches on the OD Foundations and Coaching Skills programs. As a consultant, Françoise is a major contributor to the field of Organizational Development, with a major emphasis on leadership. Using a range of interventions, she helps individuals, organizations and communities enhance their leadership capacity. She regularly presents at major conferences in both official languages, both in Canada and abroad. She is the co-author of Made in Canada Leadership, a book that is the product of a large scale research project, focusing on leadership excellence and development.

PrevPrevious5 Steps to Build Trust and Change the Culture in an Organization
Next4 Trends in Recruiting Top Talent: Approaches and Tools for HR ManagersNext
Scroll to Top