Relationship Management in a Union Environment 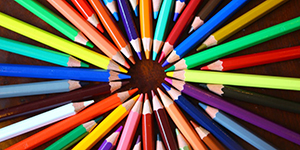 Building relationships in the workplace is hard – and it takes work. It’s even more difficult when you work in a unionized organization which has traditionally adversarial relationships. But these days, organizations like the Ontario Secondary School Teachers’ Federation (OSSTF/FEESO) are stepping away from the attitude that, as a union, you have to be in ‘fight mode’ all the time. They are working towards accomplishing more for their members by trying to have better relationships with management.

This is where the Queen’s IRC Relationship Management in a Union Environment program comes in. In January 2019, OSSTF asked Queen’s IRC Director, Stephanie Noel, to run a one-day custom training program for its new Protective Services Committee (PSC). The training focused on working towards common interests, better communication, and handling conflict in workplace relationships.

Bob Fisher, OSSTF Director of Member Protection, says that the vision for the new Protective Services Committee is that it’s a committee of experts. Committee members will give advice for central negotiating issues, but also be a resource to Local bargaining units in their day-to-day labour relations issues. The 34-member committee is made up of Local union leaders from across the province, assisted by 8 staff members.

“We used to have a provincial collective bargaining committee that just wasn’t meeting the needs of the organization,” said Kerri Ferguson, OSSTF Director of Negotiations Contract Maintenance. “It tended to be populated with grassroots members who didn’t necessarily have all of the skills and experience.”

The people who are on the new committee were chosen because they already have a certain level of expertise in negotiations, grievance arbitration, problem solving, collective agreements, contract maintenance, and education funding. And with a strong training component built in, particularly for the first year of the committee, Bob expects that members will become “better experts” at the things that they’re already experts at, and raise their level of competence in the areas where they aren’t as strong.

When Kerri and Bob sat down to decide what training they needed, one of the first things they identified was the desire for people to establish good relationships with their employer counterparts.  And then they had to decide ‘How do we get that in front of the committee?’ The first thing Bob thought of was Queen’s IRC. He was aware that Queen’s IRC did custom training, and both he and Kerri had taken Queen’s IRC labour relations courses in the past.

“Everyone in our organization who does something through Queen’s IRC acknowledges its quality,” Kerri said.  “We have never done anything like we’re doing this year in terms of spending money on quality training for this group of experts,” said Kerri.  Previously, they had mainly done internal training.

Queen’s IRC facilitator, Jim Harrison, led the relationship-building program for OSSTF. “The focus for a program like this would normally be on the front-line people who are negotiating and handling grievances,” said Jim. It’s a critical skill for them to be able to have good communication skills, understand common interests, and be able to work well with their colleagues.

“What Bob and Kerri picked up on was that building these kinds of relationship skills also improves internal relationships within the union itself – department to department, individual to individual, employee to management,” said Jim.

Being in the education business, PSC members are exposed to a great deal of professional development, Bob said. “I had a number of people come up to me after the Queen’s IRC session and tell me that it was the most meaningful, useful P.D. they have had – ever!”

Feedback from the committee members about the IRC program was overwhelmingly positive.

Betty-Jo Raddin is a Local president in the Bluewater District School Board, a Protective Services Committee member, and the Vice-Chair of the Negotiations and Implementations Sub-committee. She was able to takeaway lots of key points from the ‘questioning and listening’ section.

“When you’re having a discussion or disagreement and you’re not reaching a resolution on something, often I think we blame the other person instead of looking at ‘what’s the situation?’ What are the situational reasons that they’re unable to agree to what we need them to agree to?”

Betty-Jo appreciated that this training was tailored to a unionized environment because it was very applicable to her situation compared to some of the other outside training she has done.

Dave Weichel has been a chief negotiator with OSSTF for about 18 years. He is a member of the Protective Services Committee, vice chair of Contract Maintenance and Member Protection Sub-committee and still works on a day-to-day basis as a guidance counselor. Dave is in an unusual position, as most of the people who are involved in the PSC are exclusively serving as OSSTF leaders.

“As somebody who still has to deal with school board level development, the Queen’s IRC Relationship Building training was one of the best things I have ever had access to!”

Dave was impressed with the fact that the training was not only in-depth, but also interactive with great opportunities to sit down and participate. “It wasn’t just having someone talk at us for eight hours,” he said. “You really feel like you walk out of there better prepared, with a better toolkit, to go about doing what we do. It was awesome.”

The Queen’s IRC approach includes exercises that allow people to work through real life situations and practice the skills they are learning in a safe environment. While these exercises were sometimes a bit awkward for the OSSTF participants, they were excellent learning experiences.

For the Chair of the Protective Services Committee, Fatima DeJesus, the training was a good refresher on conflict resolution skills. Part of the training focused on learning to step into conflicts rather than running away from them, so you are able to resolve them before they blow up into something bigger.

Fatima is also the president of an educational support staff bargaining unit and early childhood educators bargaining unit. The training made her think about what the other side is feeling and thinking about, which she acknowledges, is something that you often forget. “You’re very focused on what you want as the Local leader, and what’s important to you, but you sometimes lose sight of what’s important to the other side,” she said. “The room was full of experts, but it was quite interesting to hear that a lot of people didn’t always think about what the other side was thinking.”

Fatima echoes what the post-program evaluations revealed: “It was amazing training. I would have to honestly say probably one of the best training sessions I’ve ever had. If anyone is even considering doing this, then I would absolutely recommend it 100%.”

OSSTF is a union with 60,000 members, 230 job classes, 151 bargaining units and 37 districts. The bargaining units are organized by job class which includes teachers, support staff, custodial, office and clerical staff. Although this training was created for members of the PSC, it was also opened up to Local leaders.

“I sat at a table with Local people,” said Kerri Ferguson. “At my table, no one else had done Provincial office level work. All of them were thrilled with this training. It made them think in ways they’ve never thought before.” Kerri said her tablemates were already planning to use the techniques they were learning as soon as they returned to the office.

Kerri enjoyed the mixture of speaking, writing, thinking and table exercises. “For me personally, I think it validated and gave some language to what I’ve always believed and been trying to do.” It opened her eyes to the fact that things that come naturally to some people don’t necessarily come naturally to others. “I’ve learned what needs to be explained to people (which I just didn’t think needed to be explained) and I have the words to do it.”

Kerri and Bob are full of praise for facilitator Jim Harrison and Queen’s IRC. “Jim was a very dynamic presenter – he went for the entire day and never seemed to lose energy,” said Kerri.

“There was lots of really good material to chew on, and he presented it in a way that kept everybody engaged,” Bob said. “I just can’t say enough about how pleased I am with the way he operates … Of course, I’ve come to expect that from Queen’s IRC.”

As someone who has attended previous Queen’s IRC programs, Bob said he is always impressed with the quality of the training, and this custom session was no exception. “I’m really pleased with the way it went.”

For more information on custom training, please visit our website at https://irc.queensu.ca/customized-training  or contact Cathy Sheldrick at cathy.sheldrick@queensu.ca.