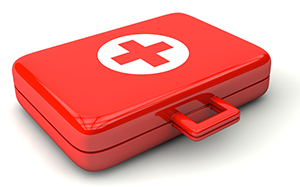 In 2012, Google undertook a multi-year initiative to answer one question: what makes some workplace teams soar while others fail miserably. The research team, which included organizational psychologists, statisticians, engineers and sociologists, studied the literature and over 150 Google teams. They found five (5) behavioural norms that all successful teams shared:[1]

Of all the factors, ‘psychological safety’ was the most important. Charles Duhigg, in his book Smarter Faster Better: The Transformative Power of Real Productivity[2], has a chapter devoted to teams and the concept of psychological safety. He cites Dr. Edmondson as follows (at p. 64):

For psychological safety to emerge among a group, teammates don’t have to be friends. They do, however, need to be socially sensitive and ensure everyone feels heard. “The best tactic for establishing psychological safety is demonstration by a team leader,” as Amy Edmondson, who is now a professor at Harvard Business School told me. “It seems like fairly minor stuff, but when the leader goes out of his way to make someone feel listened to, or starts a meeting by saying ‘I might miss something, so I need all of you to watch for my mistakes’ or says ‘Jim, you haven’t spoken in a while, what do you think?,’ that makes a huge difference.”

In addition to psychological safety, teams also need ‘psychological flexibility’, a concept based on choices and values.

In ACT,[3] psychological flexibility is defined as follows:[4]

The question ‘who or what is important to you’ is another way to identify values. In a team setting, the values question is ‘what are our shared purposes?’ The conflict represents the obstacle. ‘Moving toward’ is the idea of choice – that is, choosing to take actions consistent with a team’s shared purposes to achieve important team goals, despite the presence of obstacles.

This notion of ‘psychological flexibility’ is exemplified in the work of Victor Frankl[5], an Austrian psychiatrist and Holocaust survivor. While a prisoner in the concentration camps, he wondered why some prisoners were resilient and better able to survive the despair and tragedy of their circumstances while others fell victim to their despair. The answer, he observed, came down to two things: values and choice. Even in these terrible circumstances people had the power to choose, for example, to relieve the suffering of others or to enjoy the warmth of a spring day instead of fixating on the hopelessness of their situation. No one could take this power of choice away. Frankl’s conclusions can be summarized as follows: ‘Between stimulus and response there is a space. In that space is our power to choose our response. In our response lies our freedom and growth.’[6]

Whenever I work with stuck teams, the following five (5) criteria informs my practice:

Ronald Pizzo works at Pink Larkin in the labour and employment group. He has 30 years’ experience as a labour lawyer. He is also a certified mediator and coach. He is also certified in the Pro-Social Matrix Communication Process. He works with teams and workplace groups stuck in conflict and dysfunction.

[6] Attribution for this quote is discussed here: https://medium.com/@yesthatguy/between-stimulus-and-response-9811620c2bd9 and here: https://quoteinvestigator.com/2018/02/18/response/.