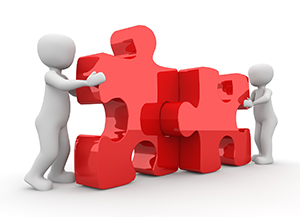 There are many benefits of participatory processes. Participation may help minimize resistance to change initiatives. It affords employees the perception of a greater sense of control during a change process. Control is an important factor in helping to address the feelings of vulnerability and other emotional reactions that employees may experience during change. When employees are honestly engaged in opportunities to contribute their ideas, suggestions, and creative solutions to real and anticipated problems, to express concerns and alternatives, the entire organization can benefit as people learn how to solve problems. However, despite embracing a philosophy that values participation, the reality of how change practitioners actually solicit and use input tells a different story.

What do HR managers involved in major change initiatives actually do to foster employee participation? Researchers Laurie Lewis and Travis Russ (2012) explored this question in an empirical study with 26 human resources managers. They investigated the actual practices that HR managers utilized to solicit and use employee input during major organizational change projects. The study identified four different approaches that are described below: open, political, restricted, and advisory.

Examining what HR managers actually do in practice provides several important insights that can help us be more thoughtful as we strive to clarify the purpose and intent of participation. This study raises some interesting questions about our work as change practitioners. Are we as change agents engaging in “ritualistic participation,” concerned with soliciting advice from a variety of stakeholders more for “show”, advice that may not be taken seriously (Lewis & Russ, 2012)? Are we working within organizations that in reality support “pseudo-participation,” where managers give the impression of openness, but retain decision-making in their own hands? Are we focused on soliciting input that supports pre-conceived plans, or do we encourage honest and open dialogue about the potential benefits and pitfalls of a change plan? Are we consciously or inadvertently discouraging inquiry, the testing of assumptions, challenging the status quo?

As change practitioners, we need to be clear about our purpose in soliciting input, and how that input will be used. We need to acknowledge the inevitable tensions that exist between approaches that focus on persuading employees to get on board with a pre-determined change initiative, and approaches that are designed to encourage creative and critical reflection on the change vision and how to implement it.

Being effective as a change agent requires us to not only identify our own assumptions about participation, but to help others in senior leadership roles make their implicit assumptions more explicit. We have a responsibility to ask ourselves and others some tough questions:

There can be a danger in some of the simplistic, cookbook approaches to employee participation. Similarly, there is a danger in under-appreciating the skill level required by change agents to address the complex task of managing the tensions and challenges involved in soliciting and using input from employees.  Engaging employees and managers in open, honest discussion of the potential strengths and the potential pitfalls of an intended change initiative requires a specific set of skills in fostering dialogue, compassion, intestinal fortitude, and the support of senior leaders. As change agents, we need to help others learn how to express their diverse views and opinions in ways that might usefully critique and improve our change efforts so that we can move our change projects, and our organizations forward, empowering our teams, and ourselves, along the way.

Kate Sikerbol, M.Ed., MA, PhD(C), is a facilitator at Queen’s IRC.  As an organizational consultant and coach, Kate brings extensive experience in business, healthcare, government, and higher education.  She has designed and delivered change management and leadership development programs, facilitated team building using strengths-based approaches, and provided leadership assessment and coaching to managers and leaders. Kate is passionate about enabling change agents and managers in leading and implementing change.

PrevPreviousThe Stewardship of Service Excellence at the City of Vaughan
NextFREE E-BOOK: The Easy, Hard & Tough Work of Managing ChangeNext
Scroll to Top