Improve Your Negotiation Outcome By Learning Something New: A Collective Bargaining Success Story 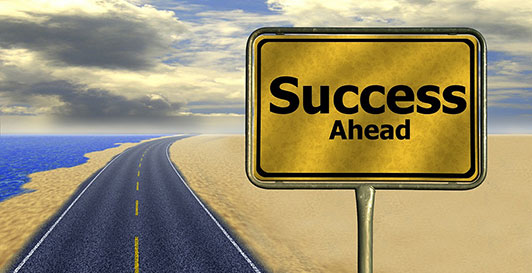 Most people are familiar with the old adage that defines true insanity as doing the same thing over and over again, and expecting a different result. Then why, in labour relations, do we continue using the same processes and methods that have not yielded positive results for us in the past? Well, some parties have learned this lesson and are trying new approaches in their search for win-win outcomes of negotiation.

As a labour relations mediator, I have had the pleasure of working with parties who have realized that they cannot continue doing the same thing over and over and expect different results. This is a mediator’s account of how two parties to a collective agreement did something different. It is a story of how they learned new processes and skills to achieve outcomes that supported their collective priorities and interests. The improvements they saw were not just in the outcome of negotiations, but also in their ability to weather conflict and resolve disputes during the term of their collective agreement.

The characters in this true story include a composite fire department and the administration of a small township. The relationship had soured years ago and no one knew quite how to get it back on track. Actually, no one was trying to get it back on track, likely because of the fear of being perceived as favoring the other side. Why would a union member want to have a better relationship with management if they didn’t sympathize with the employer and were looking for a promotion? Why would an employer agent want to have a better relationship with the union? He must not care about the municipality’s priorities and ability to pay. Each party acted in a manner that served its own interests, to the exclusion of the interests of the other party.

This municipality and its firefighters’ union hadn’t negotiated their own collective agreement in many rounds of bargaining. Interest arbitrations are mandatory and binding in the fire sector under the legislative framework in New Brunswick. It could take up to two years after reaching an impasse to schedule, hold the hearing and get a decision back from the arbitrator. Being a small local, it was difficult for members to pay for the immense expense of interest arbitrations and so many fees over the years were paid out of members’ pockets. Four years of union dues during the term of a collective agreement often wasn’t enough to pay for the union side’s fees for the arbitration and their own legal fees.

The Seeds of Change

The municipality had recently experienced a change in command at the Chief Administrative Officer level, which brought along with it all sorts of questions, like, “why are we doing this?”, and “isn’t there a better way?” The CAO asked tough questions and persisted in an attempt to understand what was causing difficulties. He eventually contacted me, a third-party neutral, for help. Two years prior, the parties had received an interest arbitration but couldn’t agree on how it was to be interpreted. Both parties refused to sign off on their arbitrated collective agreement, yet did not wish to resubmit it to the arbitrator with all of the potential associated costs. The union was also open to trying something different, so the parties agreed to come to the table for mediation.

Initially, the parties wanted to stay in separate rooms during the mediation. This often poses a difficulty for mediators in that the parties do not get to experience their own negotiations first-hand. Relying on the mediator to carry messages from room to room removes an important aspect of communication between the parties and does not contribute to their continued success in the absence of that third-party.  I was able to convince the participants to keep everyone in the room and allow only me to ask questions (which, of course, were carefully prepared in advance with the parties). What a difference in how questions are received when they come from a third party who has no interest in the outcome of their dispute!

A few hours later, they began speaking to each other instead of me and were able to resolve the issue that had prevented them from signing their collective agreement for two years.

The mediation process introduced the parties to a new methodology and skills for negotiations; ones that was based on an honest exchange of dialogue instead of attempts to impose one’s position on the other party. The mediation wrapped up with a discussion about interest based negotiations and the benefits of effective labour management committees.

Building on the success of these facilitated discussions, the parties agreed to attempt interest-based negotiations. The process took one third of the time of their historical negotiations and they successfully ratified the agreement with over 90% voting in favour on both sides of the table. They creatively resolved many issues that had been plaguing them for over a decade, and which had often remained status quo in an interest arbitration. The parties had even agreed to new methods and ideas for exploring resolutions to other issues during the term of their new collective agreement. Key outcomes included a major pilot project, renewed commitment to their labour-management committee, and an economically viable agreement that was equally rewarding for members.

What had changed for these parties? How did a change of process yield an outcome that had been so elusive for many years? Together, they began to realize that doing the same thing over and over and expecting a different result was plaguing their relationship, draining their resources, and leading to outcomes that were undermining the interests of both parties. This was a journey of learning new processes and developing new skills in negotiation and communication. The ones they had been using for so long just weren’t working.

We then started work on the labour-management committee, establishing terms of reference, practicing effective table behaviours and equipping the members with tools for having difficult discussions without devolving into a spiral of name calling, grievances, arbitrations and formal complaints to regulating bodies. The parties acknowledged that the latter was a drain on their resources, which could be better used in resolving their differences. An improved forum for in-term disputes emerged from what used to be seen as a “union-ask and management-deny” committee which served only to produce further documentation of their disputes.

They seem to have maintained the momentum in their new relationship and find that it is much more effective in getting what they need from each other. They seem to have stopped their endless ‘demands’ to each other and approach their issues with a commonality of interests, a united front against the problems that plague their operations. That is not to say that the relationship will not be difficult. There may be arguments, there may be conflicts, and there may be misinterpretations. There may be grievances and arbitrations and complaints; these things all serve an appropriate purpose after all. They may return to using a more traditional method of bargaining with proposals and counter-proposals. But they will be doing so with new communication skills and a knowledge that improved dialogue can lead to improved outcomes, regardless of the type of process they use. They are now able to see the other’s positions as a means to meet their interests, and effectively communicate this vision around a table, or across one.

Learn Something New So You Can Do Something Different

As a mediator, I recognize that interest-based bargaining is not for everyone, nor for every type of conflict. Some parties aren’t comfortable with the interest-based bargaining process, preferring more traditional ones. Whatever process you use, take note of the old adage; if it doesn’t work, do something different. Learn to listen better, take a course in negotiation skills or conflict resolution, use a third-party, talk with others in your profession about what works for them, and how they solved difficult problems. Build your repertoire of skills and processes and study the circumstances under which each might be effective. Improve your negotiation outcomes by learning something new so that you are able to do something different when the time comes.

Jennifer Davis is formerly the Assistant Director of Human Resources for the Department of Education and Early Childhood Development in New Brunswick. She has over 10 years of labour relations experience, having negotiated public sector collective agreements. Since 2011, Jennifer has worked as a Conciliation and Mediation Specialist with the Province of New Brunswick. As a third-party neutral, she works with employers and unions in the private, public and quasi-public sectors offering formal and preventive mediation services.