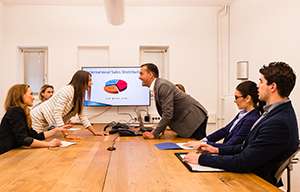 A female employee was involved in a romantic relationship with a male member of the team. He was married. She had enough. The romance ended. He was unable to accept the end of the relationship. He called her repeatedly, at home and at work. He openly harassed her. He distributed photos of her. The woman, her co-workers, and supervisors all saw what was happening, but no one quite knew how to help. Some didn’t know if it was their business to intervene. Some thought this was a “private matter.” Eventually, the mentally unstable man came to the workplace. He stabbed the woman, causing her death. He then left the workplace, and killed himself.

This is a true story.

Consider the tragic human elements involved; the impact for the families of both people involved. Consider the implications for the human resource professionals, for the union, and for every individual working in this organization:

Not all workplaces, thankfully, experience harassment that leads to such an extreme result. But this episode has been taken, in the province of Ontario, and across the country, as a lesson in how to heed the warning signs of workplace violence. The warning signs are critical because criminologists tell us that most violent acts are precipitated by warnings—sometimes clear cries for help.

We have all learned the importance of addressing harassment complaints in a vigorous and thoughtful manner, knowing that our activities in this field have potential to save a life, to protect our employees from hurt and from fear, and to save our organizations the institutional pain of workplace disaster.

We have learned how to approach grievance handling, for example, from a “strategic” perspective—one that addresses the causes of grievance backlog, the root of piled-up grievances that deal with the same area of discontent, and lead to a clear path from the catastrophic potential of workplace conflict to a safer environment with more effective practices for identifying and preventing an escalation of hostility. Let’s consider the lessons that have been taken from the factual situation described above.

With statutory changes across the country, issues of workplace violence and harassment have become occupational health and safety issues. It becomes mandatory for employers, employees, supervisors, and unions to address complaints of harassment with a deliberate and serious approach.

Harassment complaints are serious. They should be addressed quickly—even if the usual pace for addressing complaints or grievances would provide for longer timelines.

Employees have to feel that making a complaint is easy. In some workplaces, written complaints are appropriate, but in others, it may be that employees will be more comfortable meeting privately with the appropriate individual to orally report their experiences.

Employees who have harassment complaints should be given the opportunity to tell their story—fully and in their own way. The listener is advised to listen actively, without judging the story. Listen first and investigate later.

Complaints should be received and heard by the appropriate person in the appropriate position. These are serious complaints, and the organization’s practices should reflect that fact. If the employee needs to complain about the person who would otherwise hear their complaint, such as their own supervisor, then an easily accessible alternate route should be available, and should be made known.

Employees should understand that if their complaint is to be taken seriously, it must be investigated, and cannot be kept confidential. The alleged harasser has rights. He or she is entitled to know what the complaint is, who made it, and what the particulars of the complaint are.

It is often appropriate to take immediate steps to separate the individuals involved, until investigation can take place. Sometimes, the facts warrant suspension of one person pending investigation.

If the complaint involves an allegation of a criminal act, such as threatening, assault or sexual assault, police should be called.

It is common, when several grievances are filed addressing the same area of concern, for the union to file a policy grievance that will enable systemic consideration of the identified problem. If the organization becomes aware of numerous complaints that raise issues of harassment, the situation may be considered serious. Each of these complaints presents its own significant human drama, with potential to affect the lives of each person involved. Each involves issues of fear, insult, trust, uncertainty, vulnerability, and ultimately, aggressive adversarial conflict. When harassment grievances are significant in number, the strain on the organization (not to mention the strain on human resources professionals and union executive) can prove costly and disruptive.

In a workplace that does not take a “strategic” approach to grievance management, both union and management officials may be inundated with a high volume of time-consuming grievance work. Morale will be impaired. Conflict among co-workers may escalate. There may be a toxic individual, or a combustible relationship on the making. This is not healthy.

Best practices include meeting with union officials immediately and listening carefully to the complaint. Given the potential that an early harassment complaint may be a cry for help, or a warning of potential physical violence, consider interim preventative measures, such as the separation of individuals that were referred to earlier, while investigation takes place. Particularly in cases of multiple harassment complaints naming the same alleged wrongdoer, strategic management may include stepping away from the usual grievance procedure, and quickly moving to explore the issues and allegations. This is a situation in which it makes good sense to err on the side of greater caution.

Harassment complaints often involve co-workers. Both the complainant and alleged wrongdoer may be members of the same bargaining unit. The union finds itself in a tough position, because it has an obligation to represent both individuals.

In cases where more than one complaint is made against the same individual, it is likely that there is a high degree of animosity among bargaining unit members, many of whom would prefer a safe workplace without the alleged harasser present. The union and local executive will be under considerable pressure.

The union’s conflict will have to be carefully considered, and a solution found. Generally speaking, it makes good sense for the union to represent one of the individuals, or the group with the same interest, and assume the responsibility of securing and paying for independent legal counsel for the other.

Making the Most of Grievance Meetings

Grievance procedures are often overlooked as useful and potentially effective dispute resolution mechanisms. This is a costly error in strategic grievance management, whether one is working from the union or management perspective.

Grievance meetings are required to take place early in the grievance procedure. With the appropriate people in the room, focussing on the problem, armed with the facts that are available at this stage, a thoughtfully conducted grievance meeting can provide excellent opportunity to manage a potentially violent situation.

Strategic management of grievance meetings requires consideration of who should attend. To the greatest extent possible, facts should be gathered in preparation for that discussion. In cases of serious harassment allegations, or multiple harassment allegations, consider sharing data in a fulsome way at this early stage. Share early investigation results. Prepare the grievance committee or management team to listen carefully, to convey uniform information, and to be consistent in the goal of the meeting. Particularly in addressing a serious harassment complaint, the grievance meeting is no place for inter-team conflict or individual political agendas.

If the matter does not resolve at the grievance meeting, consider the next important steps in handling the harassment grievance. There is a critical decision to be made about proceeding to arbitration or mediation. Consider which process is right for this case. What are the pros and cons of each process? Do you need a legal precedent in the case? Do you need an award that is public, rather than a settlement that may be confidential? Can the grievor withstand the arbitration process? Should he or she be exposed to cross-examination, and the formalities and stresses of arbitration?

Consider whether arbitration or mediation will be the most desirable process for the labour relations between the parties. The harassment grievance puts a strain on everyone in the workplace, but the relationship is a long one, and will continue after this dispute is resolved. Which process will, in the circumstances, best serve the long term goals? 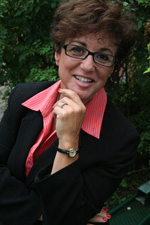 Elaine served as Associate Director of the LLM program in Labour Relations and Employment Law at Osgoode Hall Law School 2002 to 2008.

She was lead instructor for the Advanced Dispute Resolution Course at Atkinson Faculty, York University for ten years, where she taught the Ethics of Mediation course, and the Advanced Practicum course. She is a frequent guest speaker at the Queen’s University Industrial Relations Centre (IRC), and is lead instructor of the IRC’s Strategic Grievance Handling program.

Elaine is the author of the online course, “Practical Ethics for Working Mediators”, offered by the ADR Institute of Ontario.  Her textbook, Preventing Violence in the Workplace, is published by Lancaster House, Toronto.