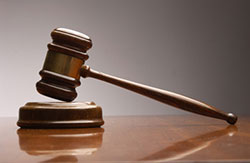 Following the decision of the Supreme Court of Canada (SCC) in Ontario (A.G.) v. Fraser (Fraser), there has, predictably, been widespread speculation as to its eventual effect on the labour relations landscape in Canada.  A departure from other recent SCC case law, Fraser found that there was no constitutional guarantee for any specific form of labour relations or collective bargaining regime.  Even if the decision was significant in shaping Canada’s constitutional framework for collective bargaining, any tangible effect on labour policy has yet specifically to materialize