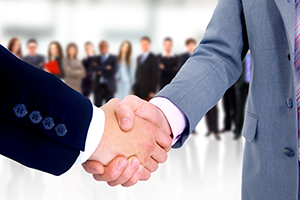 How do you change the culture in a workplace where workers don’t trust the leaders, where employees are not engaged, and where people just don’t care about doing their jobs? A few months ago, I was speaking to a group of senior leaders and the topic of changing culture and increasing employee engagement came up. The conversation started innocuously, with a comment like, “There’s too many potholes in the road and you can’t get people, whose job it is to fill potholes, to care.”

“Why do you think that the workers don’t care?” I asked.  “How does management behave?” We had talked earlier about the importance of mission, vision, values and behaviours – and the one we didn’t get to was behaviours. Every organization has a mission and a vision, and most of us have values like honesty and integrity. But often in the workplace, what you actually see demonstrated is dishonesty and lack of integrity.  Is it any wonder why the employees are not engaged?

As our conversation continued, there was disbelief that it was possible to change a culture, particularly from one very senior person who works in the public sector. She was fascinated. She said, “Can you really change a culture?”

“Of course you can!” I said.  Everyone else chimed in, saying, “You can’t do that in our organization because there’s such a low level of trust in management and in the leadership.”

This conversation led me to develop the new Queen’s IRC Building Trust in the Workplace program. Here are 5 ways to implement a culture change, build trust and increase employee engagement in your workplace.

1. Cultural Change Needs to Start at the Top

In organizations with low levels of trust, what often happens is middle management has given up. They don’t know what to do, or their senior leaders are not supporting them. You must have the support from senior leaders to make a culture change.

Top management– the president, director, whoever is the head honcho or honchess – has to come out and say, “We know how things have been around here. We’ve heard from you in the surveys that you don’t trust us. We acknowledge that you have said this.” Top management needs to tell the employees what they’re willing to change, and what they’re going to change, and what that looks like.

2. Identify and Change the Behaviours

Making a cultural change has to start with the behaviours. As a manager in an organization where you have a history of poor performance, you may have four people who know how to do a job, but only two of them are doing it well. If you need something done, who do you give it to? Do you give it to the one that’s doing it well or to the one who avoids the work? It’s the same as having a child – you tell them to take out the garbage and they deliberately spill it all over the ground so you don’t ask them to do it again. Often employees can be like that. Unfortunately if you let the kid get away with spilling garbage on the ground, then the person who doesn’t spill the garbage gets the extra work. Eventually what happens is you totally overload the people who are capable and willing. They become unhappy and dissatisfied because they’re seeing what they think is the other people getting away with something.

Getting people to work in a positive and constructive way to make cultural change happen takes time. You have to be consistent, and firm, and you have to keep moving in the same direction. As a senior leader in a new organization, someone challenged my authority right at the beginning of my term about an important change announced in a meeting.  “No, I won’t,” that person said to me, in a room full of people. If I had let that go, then the other employees would have heard, “It’s okay to say no.” Instead, I said, “Yes, you are going to do this, but this isn’t the place for us to have that conversation.” Despite the fact it wasn’t on the agenda for that meeting, I took the time to explain the progressive discipline that would happen when someone says no to a legitimate work request from their manager. “This is what we’re going to do from now on. I’m not going to allow work refusals.” Unless you’re asking them to do something that’s illegal, immoral or unsafe, for work that is reasonably in their current job, they cannot refuse. That was fundamental and I could not let it pass.

Can we change culture? Yes. Can you do it quickly? No.

3. Don’t be Afraid to have Difficult Conversations

Lots of managers don’t know how to have a difficult conversation with an employee. And they’re unwilling to have those conversations. I’ve talked with people in organizations who just put up with incompetence because it was so difficult to manage people to leave. They’re unwilling to sit down with somebody and say, “I’m not satisfied with what you’re doing. Here’s the standard, here’s the expectation, and here’s what you’re doing.” It’s a hard conversation.

In one of my roles, I went to my leader and said, “I have people here who need to go.” He said, “We can’t. These people have been here for 15 years, we have a moral obligation to keep them.” But we don’t.

Sometimes we have to admit publicly that we’re wrong. If you as a leader can admit publicly that you’ve made a mistake and you’re wrong, it actually gives permission to everybody else to do the same. We all make mistakes. Did you do it deliberately? Did you do it because you wanted to come in in the morning and you really wanted to screw things up? It’s unlikely that you did. Instead, let’s understand why you made that mistake, and how we can stop that from happening in the future and move on. The alternative is a culture of punishment: “You screwed up. We’re going to make sure everybody knows what you did, and you’re stupid.” How many of us have worked in places like that? You go back to your office and you slam the door, and you bang a few things around, and you think terrible things about the organization. At lunch you go and you talk to your friends and you say, “You know what he said to me?” What’s happened to your productivity for the next month?

5. Motivate and Empower Employees to Build Relationships and Trust

There are many different ways to manage. My way is, I trust you. I trust you until you give me reason not to, and then I ask you about it. Trust has to be given, so as a leader I have to give you my trust, to earn your trust. I have to risk it first.

It’s better if you extend trust and let people police themselves. “Here’s what needs to get done, you’ve got the tools that you need to do it, here’s a reasonable length of time to get it done, is that a problem?” “No.” “Okay. If you have a problem let me know. Don’t let it get to the end and it not being done without you telling me. But other than that, do it, and I’ll stay out of the way.”

To empower people, you can push decision-making as far down the organization as you can, and give people some accountability over what they do and how they do it. I am clear about what I want as an end-result, but I shouldn’t need to tell my employee in excruciating detail how to do their job. I don’t have the knowledge to do that, and it would be a mistake for me to try. The end result is important. How you get it from here to there, that’s really up to you to do it in an efficient way.

Many organizations struggle with low levels of employee engagement and trust. Changing the culture in a workplace and rebuilding trust takes time. Our new one-day Building Trust in the Workplace program will show you how to identify the reasons behind low trust levels, understand different types of behaviour in the workplace, and transform organizational culture to foster a more transparent and positive environment. 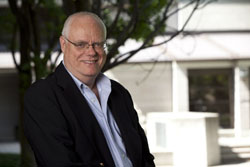 Paul Juniper (MA, Geography (York); CHRP; SPHR; Honourary Life Member, HRPA) became the sixth Director of Queen’s University IRC in 2006. Paul is a leading and respected figure in Canada’s HR community, with over 30 years of experience in human resources and association leadership. Paul is particularly sought for his views on the future of the human resources profession. He speaks regularly at national and international conferences on trends in human resources, and the ways in which individuals and their organizations can continue to raise the bar on HR. Paul developed and designed the IRC’s Advanced HR programming to meet the increasingly complex professional development needs of HR practitioners. He teaches on Queen’s IRC’s Advanced HR, Strategic Workforce Planning, Linking HR Strategy to Business Strategy, and Building Trust in the Workplace programs. His research focuses on the state of the HR profession both in Canada and around the globe.

PrevPreviousAn Inquiry into the State of HR in the Caribbean
NextThe Coaching ‘Explosion’: Exploring the Growing Field of Coaching, and the Value it Brings to HRNext
Scroll to Top