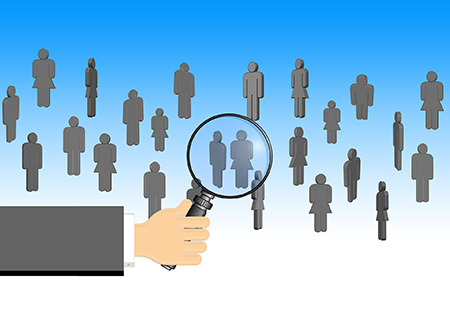 Fact-finding is an essential skill set for anybody who is in an HR, labour relations or employee relations role. If you stay in this role, at some point you will end up doing investigations, and having this skill set is going to make you much more efficient as a practitioner.

Jerry Christensen, who recently retired from the City of Calgary, managed and coordinated the City’s respectful workplace program and dealt with all of their human rights issues. With previous experience working in the criminal justice system and with the Alberta Human Rights Commission, Jerry has worked in several regulatory environments where someone had to be held accountable. In this interview, Jerry shares his thoughts about the value of fact-finding and investigation training for HR and LR practitioners, as well as the five most important things he’s learned about conducting effective fact-finding investigations.

“If you’ve not done any workplace investigations, never had any training to do so, and then find yourself being thrust into that role, it can be very intimidating. The word ‘investigation’ is going to be flashing in front of your face in letters that are 10 feet high and blazing red. You may find yourself feeling anxious and nervous about your role in this process.” Jerry points out that this is why it’s important to have training in fact-finding. “Usually, when people are intimidated about the process, they’re going to stumble through it and they may not do it very well.”

As an investigator at the City of Calgary, Jerry took on a neutral role, where he didn’t advocate for one party or the other. This was very important to his role, because if HR or LR are perceived to be favouring one side, the parties involved may feel that it’s not a fair investigation.

Improving your skills in fact-finding is another essential tool in your toolkit, Jerry says. “These skills are your bread and butter as an HR or LR practitioner. I think taking the Queen’s IRC Mastering Fact-Finding and Investigation course increases your competency as a professional.”

“Fact-finding is really all about talking to people. I really believe this kind of training is going to help improve their communications skills and their ability to engage with all types of people more effectively. It doesn’t matter what job you do or what kind of business you’re in. I believe that this training will be of benefit to you.”

1. Good Investigations Are Thorough And Fair

The two main criteria for a good investigation are thoroughness and fairness.

It’s important to respond effectively to complaints in the early stages because issues can escalate quickly, to a point where the workplace can get polarized and toxic very quickly. You have camps of ‘he said’ and ‘she said’, no one trusts anybody, and employees are upset with what they perceive as an unfair situation because they feel nothing is being done to investigate the complaint. Productivity goes out the window and work doesn’t get done. An employer’s reputation can be negatively impacted very quickly because these perceptions become topics on social media or other outlets – nobody can keep it internalized anymore.

There are many cases where an employer has been accused of not doing a thorough and fair investigation. Those employers then have to deal with negative press, and possibly be involved in costly litigation.

Recently there have been media reports of an employee who launched a civil action, alleging that she brought forward what sounds like sexual assault allegations against another employee, and that the company didn’t deal with it properly. The employer will now have to demonstrate what they did and how they did it in order to defend themselves against those allegations in civil court. If they can’t prove that they investigated this in a fair and thorough way, and if they can’t demonstrate it with tangible facts or documentation, then their liability and reputation could be at risk.

2. Not All Investigations Are The Same

The word ‘investigation’ has a very negative value attached to it. For a lot of people, when they hear that word, they have their own perceptions of what investigations are – mainly from all the crime shows that we see on television. But crime shows don’t show the real way that workplace investigations should be done.

In some situations when a complaint is on the lower end of severity, there may be an opportunity to try to informally resolve the issue. HR and front line managers or supervisors should be able to (and prepared to) give coaching and/or advice to both parties so that they can resolve their conflict themselves. If they can do this, then nine times out of 10, the resolution will stick, and people will be able to work together much more effectively.

When the situation is dealing with more severe allegations, this is where the process tends to get more formalized. Complaints are written out and the allegations are very specific in terms of who, what, when, and where. People will have to be interviewed about their knowledge of the specific allegations. All of that information will have to be evaluated to determine if there has or has not been, a violation of some workplace rule or policy. If necessary, discipline may have to be imposed. In most people’s perception of what a workplace investigation entails, this type of process is what it would look like.

This is where the training that one can obtain through a fact-finding course, such as the one offered by Queen’s IRC, is going to help. It helps you learn to maintain that position of objectivity and fairness, and teaches you how to complete a thorough investigation and write proper reports. If you can demonstrate to the parties involved that your process is as thorough and fair as it can be, then they may be prepared to accept the outcome.

3. Patience Is The Key to Good Interviews

Everybody that I interview – everybody, it doesn’t matter who you are – they’re all nervous. On a scale of nervousness, with one being the least, and 10 being the most, usually most people are five and up when I come to interview them because, “Oh no …, now I’m involved in an investigation. Somebody might lose their job. I don’t want to get anybody in trouble.” Getting someone you are interviewing to a point where they feel comfortable to simply begin talking and having a conversation, that’s usually the biggest hurdle to overcome.

In the criminal justice system, people are interrogated, but in the workplace that approach tends not to get anything of value from the person you are trying to interview. You have to have a discussion with them in a way that’s not going to intimidate or make them feel threatened. Usually that’s the biggest hurdle right off the bat and sometimes this takes a while to achieve. Being patient and asking questions in a conversational tone will tend to get you the information you need.

4. People Present The Truth As They Know It

Most people want to tell you the truth as they know it. And by that I mean that people might tell you their version of what happened, and while they’re not lying, it’s very different from what somebody else saw. It’s how they perceive it and how they interpret the situation. They want to tell you that. You’ve got to be patient with them to give them the opportunity to get that out. Sometimes in an investigation, we want it done yesterday. But I’ve always taken the approach that I’m going to do it as quickly as possible, but it’s going to be thorough, and if thorough means taking an extra few days to get the information complete, then that’s what’s going to happen.

The most challenging types of investigations are where the allegations involve a situation that happened in the distant past. When allegations are several months or a year or older, people’s memories get very sketchy. Even though some of us like to think that we have really good memories, when it comes to specific details, we don’t. We tend to have recollections that are influenced with lots of other things that happened in our lives during the time period that is being investigated. Dealing with allegations that are old makes it very difficult to determine the validity of those allegations, and it may seem like the person being interviewed is not being forthcoming. In my experience most people want to be forthcoming but their memories don’t always cooperate.

5. Stay Neutral And Investigate Every Complaint

As an HR or LR practitioner, it’s important to investigate all complaints in the workplace, either formally or informally. The Jian Ghomeshi case really highlights this point. The workplace allegations that involved Ghomeshi were years and years in the making. Some people in the workplace may have minimized it as “Oh well, that’s just him,” or “We don’t believe that.” Then the proverbial volcano erupted. Obviously people who should have looked into those allegations didn’t, and if you have any training in fact-finding, you will know that your first obligation in situations like that is not to say, “Oh well, that’s just him.”

If your organization has HR or LR practitioners who are trained in fact-finding and investigations, they are going to be able to handle most workplace complaints. But there may be instances when you need to bring in an external investigator. If people have the perception that HR is too close to the situation, or isn’t able to handle the complaints, you should consider bringing in an external person that is going to have the perception of objectivity and the necessary skills to do a thorough and fair investigation. That’s crucial here.

As a good employer, you have a duty to investigate any complaints that are made. It doesn’t mean you have to do a great big huge investigation and interview hundreds of people, but you need to check into those allegations to determine what next steps need to be taken. Maybe you will find that this is a matter that can be resolved between two employees, or maybe a more thorough investigation needs to be launched, but you can’t just ignore the allegations.

PrevPreviousThe Path to Success for Organized Labour
NextThe Paradox of Leadership: Cooperating to Compete, Following to LeadNext
Scroll to Top