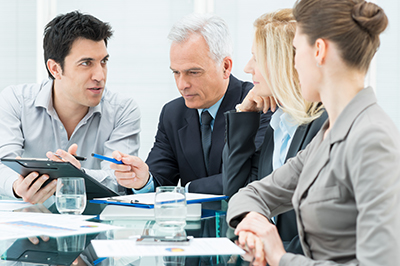 We have entered a challenging and difficult time for collective bargaining for both employers and unions. Shortly following the great recession in 2008, both management and unions reached deals relatively quickly, everyone recognizing the dramatic economic issues the parties faced at the time. From 2008 well into 2012, there was little change. Employers tried to deal with the reality of the recession, and unions waited for the anticipated rebound, assuming it would resemble almost all recessions of the past – a difficult period, a holding pattern for a short time, followed by a return to growth in the economy and a resumption of “normal” bargaining. This time, however, that hasn’t happened. Certainly not in the way it has in the past.

The economy has, at best, rebounded to the level of “treading water”, and bargaining has not returned to anything resembling “normal” for the last 30 years. Organizations are looking for zero wage increases, looking to fund increases from savings within the agreement, and looking for amendments to benefits and pension plans as well. These are challenging and difficult issues, so how can negotiators achieve deals that can be ratified? How do union and management bargaining teams navigate these issues when the economy has stagnated? At times when government revenue is anemic, deficits are up, and private sector profits are much lower than normal? At times when unemployment is steady, but steady at a level that is over 3 percent higher than in the United States? At times when manufacturing jobs, long considered the backbone of a strong economy, have disappeared with few signs of rebounding?

During these times, there are some approaches to bargaining that negotiators on both sides of the table should consider when planning a bargaining strategy, approaches that may make the difference between stalemate and success:

Overall, bargaining in difficult times is, well, difficult. But it is also the time when bargaining relationships can change for the better, where mutual collaboration to get a deal is virtually required, and the (sometimes) lost art of joint problem solving can be re-discovered. Challenge each other to get out of the trenches and work together to solve some the issues that our current environment has brought us. In this case, it takes both parties to solve these issues – there is no winner take all.  Unless it works for both parties, it works for none.

Gary Furlong has extensive experience in labour mediation, alternative dispute resolution, negotiation, and conflict resolution.  He has delivered collective bargaining negotiation skills training for both management and union bargaining teams across Canada, bringing a strong focus of effective and collaborative skills to the table. Gary also conducts relationship building interventions to strengthen day-to-day union-management effectiveness away from bargaining. He has worked with a wide range of companies in the private sector, in the public sector with municipalities, provincial governments and the federal government, and with unions including Unifor, Teamsters, CUPE, ONA, OPSEU, and PSAC. Gary is past president of the ADR Institute of Ontario, is a Chartered Mediator (C. Med.) and holds his Master of Laws (ADR) from Osgoode Hall Law School.  Gary is the author of The Conflict Resolution Toolbox, John Wiley and Sons, 2005.

PrevPreviousThe Paradox of Leadership: Cooperating to Compete, Following to Lead
NextBest Practices for the Union-Management Relationship in the WorkplaceNext
Scroll to Top